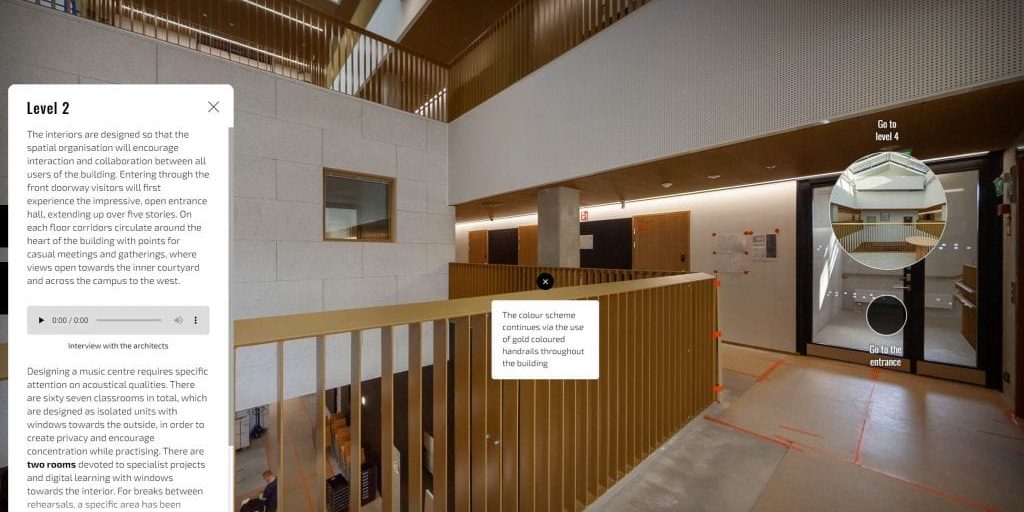 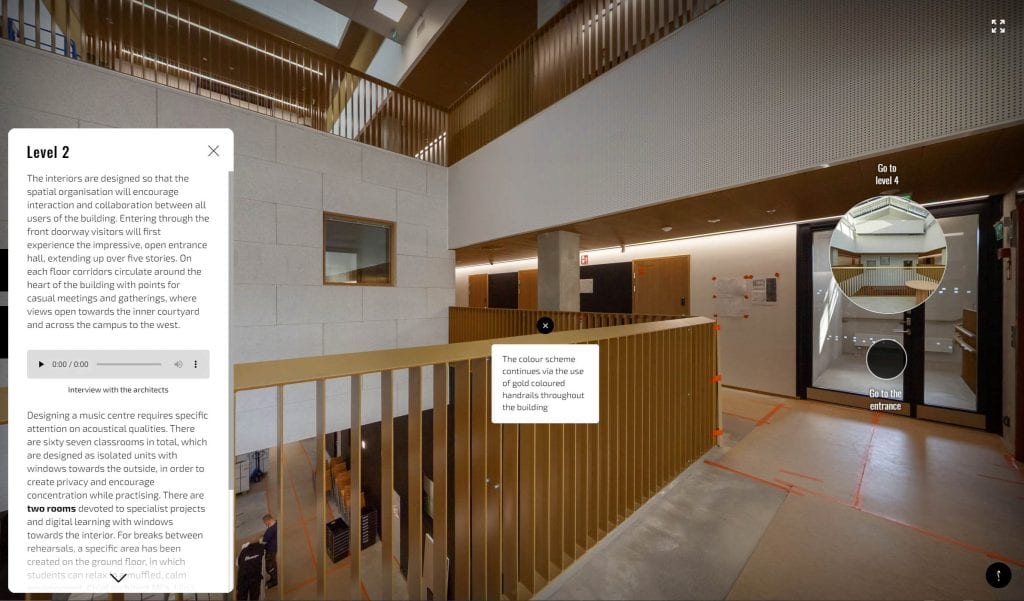 As a team of three we are very grateful for the financial support for our project archi.tours. Being one of the winning five proposals in the Uutisraivaaja contest was a great honour and we want to thank the Helsingin Sanomat Foundation for enabling us to realise this idea we had been playing with for some time. We are looking forward to launching our new digital format for architectural journalism, which will broaden the way in which architecture has been documented so far.

While putting the proposal together, we were all in different locations and had meetings online, but it went smoothly as we all believed strongly in our project’s potential. We have been following the developments in panoramic photography and producing work individually on the subject of architecture for several years already. Nikhilesh trained as an architect and has worked as an architectural photographer, delivering well-crafted virtual tours for different clients. Gennady is a web designer with a passion for architecture and over 10 years of experience in architectural photography and knowledge about the latest digital publishing platforms. Marianna is an architectural historian, journalist and photographer, and has worked for traditional media as well as experimenting with new representational formats.

The formats in which architecture has been documented and discussed has relied on fairly traditional methods. People interested in architecture and design are used to seeing perfectly framed photographic images of buildings, which has led to a certain kind of objectification of iconic architectural forms. Using high quality VR technology for architectural journalism is a natural development in this field as architecture is the perfect subject matter for virtual tours: it’s visual, static and stable. With VR technology users can get close-up to beautiful details and navigate a space as they wish. Our main worry during the contest period was that someone might have proposed exactly the same idea. It just seems like such a great format for providing detailed visual information and a virtual spatial experience.

As visiting places has been restricted, we realised there would certainly be demand for this type of journalistic format, which can also be used as an educational tool. The added narrative input presented in text panels will be developed to support the visual experience and underpin the phenomenological virtual aspect of visiting the featured sites. A list of the new buildings to be featured has been outlined, with also some newsworthy 20th century classics. To begin with, though, we’ll focus on selected sites in Finland, but as travel restrictions ease, hopefully soon, we’ll be publishing stories from elsewhere too. And great to finally have the optimal shooting conditions here in the north, with endless daylight and fresh greenery everywhere.

Many thanks again, and congratulations for the other winning projects,