Long Play, a service for slow journalism, wins the 250,000 euros award in the Uutisraivaaja media innovation challenge. The challenge is organized by the Helsingin Sanomat Foundation. 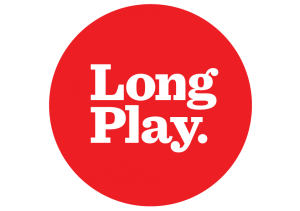 Long Play publishes long-form narrative journalism, and the articles are sold either as singles or by subscriptions. The focus is on reportages and investigative journalism. Long Play is developing a publishing platform, which allows SMS payments.

The Uutisraivaaja 2013 winners were announced 13.11.2013 at an international start-up conference Slush in Helsinki. The chairperson of the Uutisraivaaja jury, Mr. Pekka Ala-Pietilä said: ”In the digitalizing world and drastically changing media landscape Long Play has discovered a new area, which remains yet to be defined. If the idea succeeds, Long Play will have both a national and international impact on distribution of information. During the innovation challenge Long Play has developed their idea both commercially and technically.”

The President of the Helsingin Sanomat Foundation and a member of the Uutisraivaaja jury, Mrs. Heleena Savela said, that the mainstream trends in media focus on immediacy, but Long Play has boldly taken another direction and focuses on investigative journalism.

”Long Play has created a new format and a delivery mechanism in the Finnish media. Previously it wasn’t possible to buy one single article, for instance by an SMS. Thus Long Play provides a new way to buy and sell journalism, and it passes the large delivery mechanisms, which often are difficult to use. One single article is made so well, using the best traditions in investigative journalism, that the articles have a long life online”, Savela said.

Other finalists were a hyperlocal social media platform Nearhood, art gallery guide On Display and PalloPostia, a digital news service for children.

The Uutisraivaaja innovation challenge launched in Fall 2012. The challenge encourages exploration and innovation in media, and the goal is to develop the distribution of information and journalism in Finland.

The contest has two phases. 105 applied in the first phase, and 5 finalists were chosen to the second phase, in which the finalists got 10,000 euros to develop their idea further. They also received coaching and visited Silicon Valley.

Uutisraivaaja was organized first time in 2010―2011. The winner was a news recommendation service Scoopinion. (www.scoopinion.com).